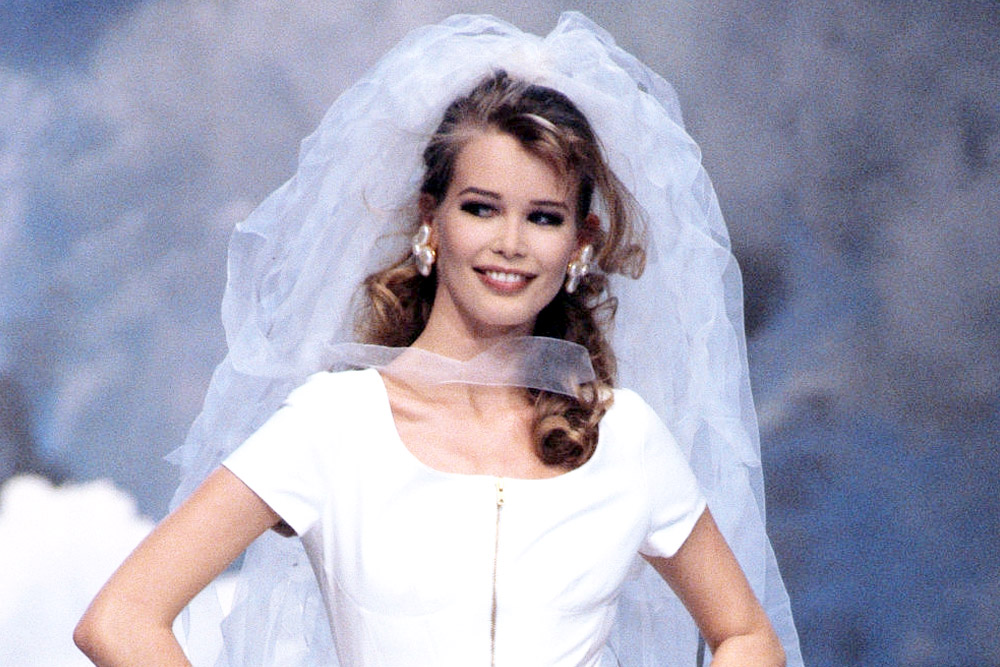 We're used to seeing all sorts of alternative outfits on the stars of today for their big day. But back in the day, things were very different. We found ourselves asking, what kind of designs, fabrics, and silhouettes were they going for before the digital age of Pinterest boards and social media influence? And it's all too interesting to see what the stars of the day chose as their special outfit. At Hype Galore, we wanted to create a collection of the most iconic bridal gowns worn in the decades before.
read more 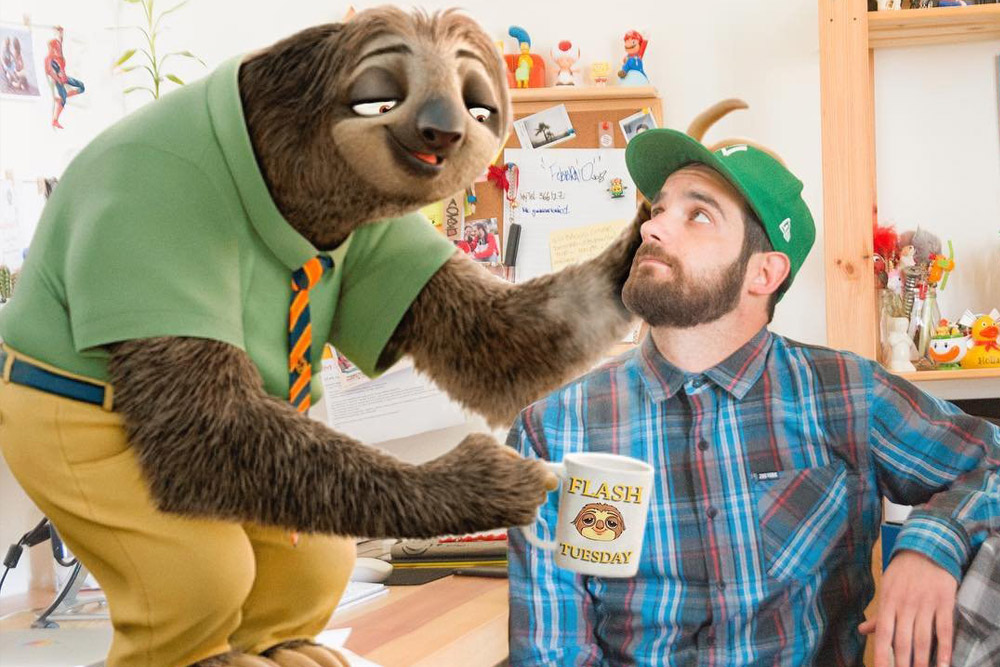 As children, many of us dreamt of what it would be like if we could go on exciting expeditions with friends that we made in a make-believe world. Our young imaginations ran wild with adventures and elaborate storylines. Most of these fantasies were inspired by our favorite movies that we saw on repeat back in the day. Growing up, we sadly start realizing that the magic wasn't real. However, one artist refused to let 'growing up' take away his imagination. He decided to bring back those imaginary friends from his favorite childhood cartoons and include himself in the magical world of Disney's everyday life.
read more 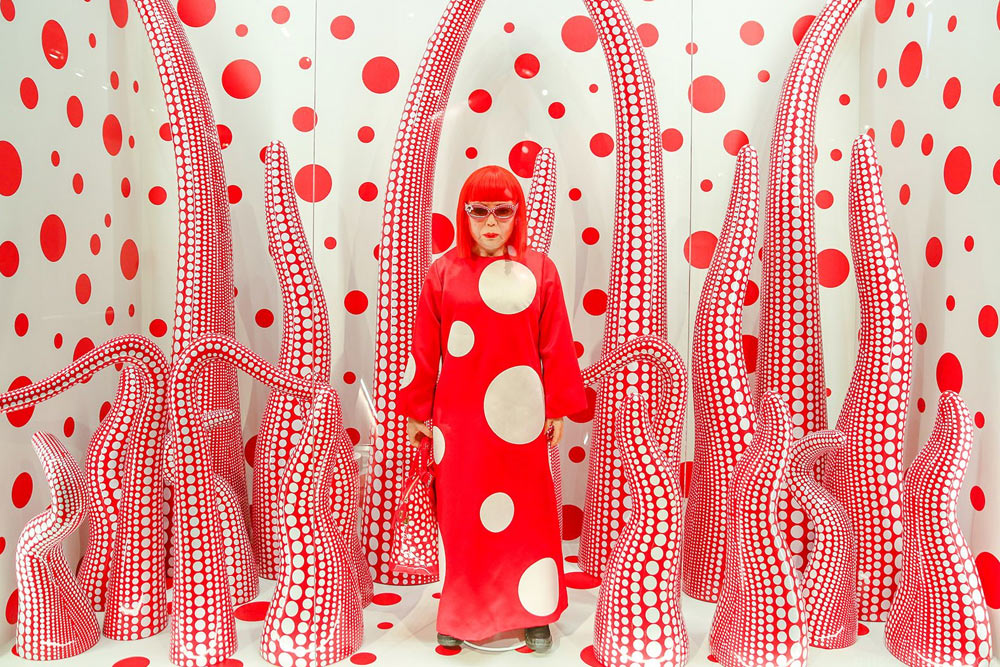 Did you ever think a giant pumpkin covered in polka dots would ever be a global sensation? Yayoi Kusama has been around for decades creating weird and wacky art. Now in the world of social media, her pieces around the world are recognizable to even the least artsy individuals. See what her wonderful polka dot creations are all about.
read more 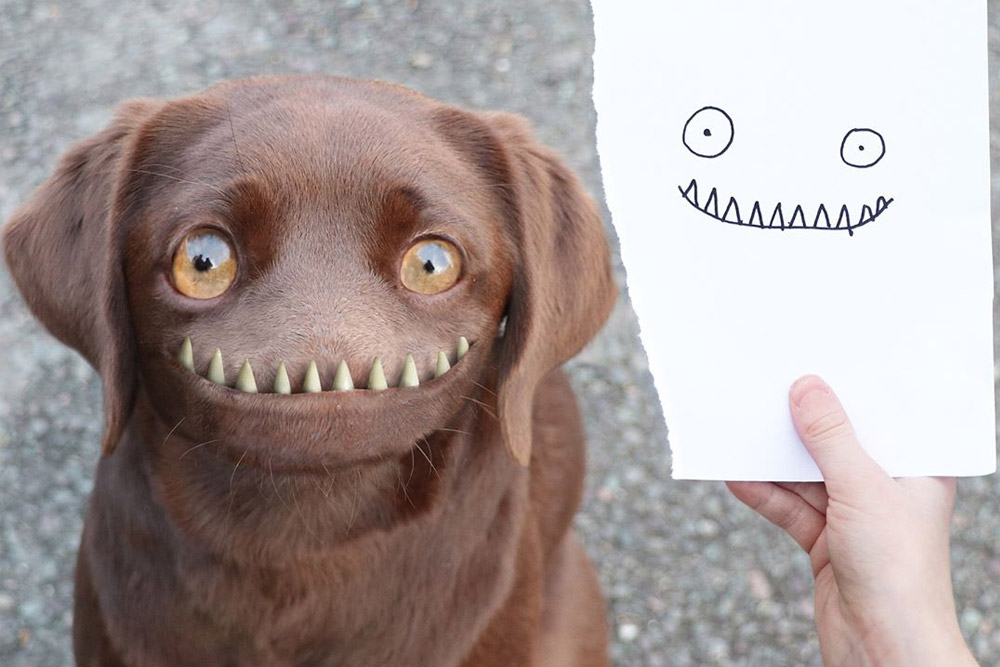 Creative artist, Tom Curtis is clearly a dad on a mission. He has fine-tuned his artistic talents to bring his children's animated drawings and doodles to life, just the way their imaginations intended. And the hilarious results are nothing short of spectacular. So get ready to channel your inner child and see the good, the bad, the ugly through the eyes of Dom, Al and some of their childhood pals.
read more 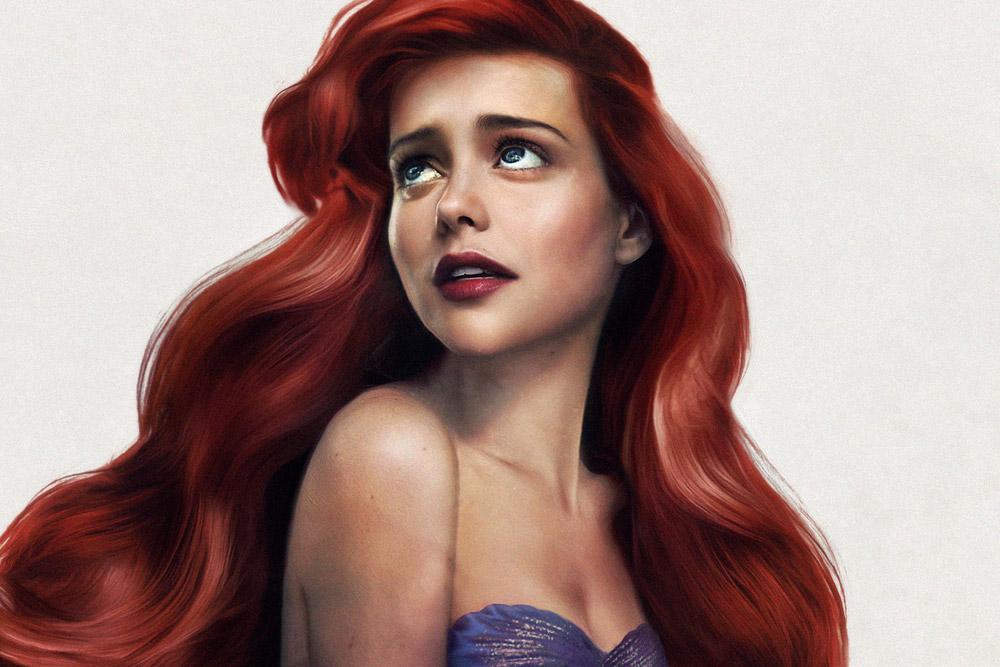 Over the last century, Disney has entertained us all with a whimsical collection of Disney princesses, heroines, heroes and villains. With the advent of advanced technology, the Disney characters on the big screen look a lot more realistic than they used to. Still, this talented artist, Jirka Vinse Jonatan Vaatainen has taken us to the next level of realism. He has blessed us with reimagined illustrations of Disney characters as real modern-day people. So, let's glimpse at all our favorite characters that have been brought to life like never before.
read more 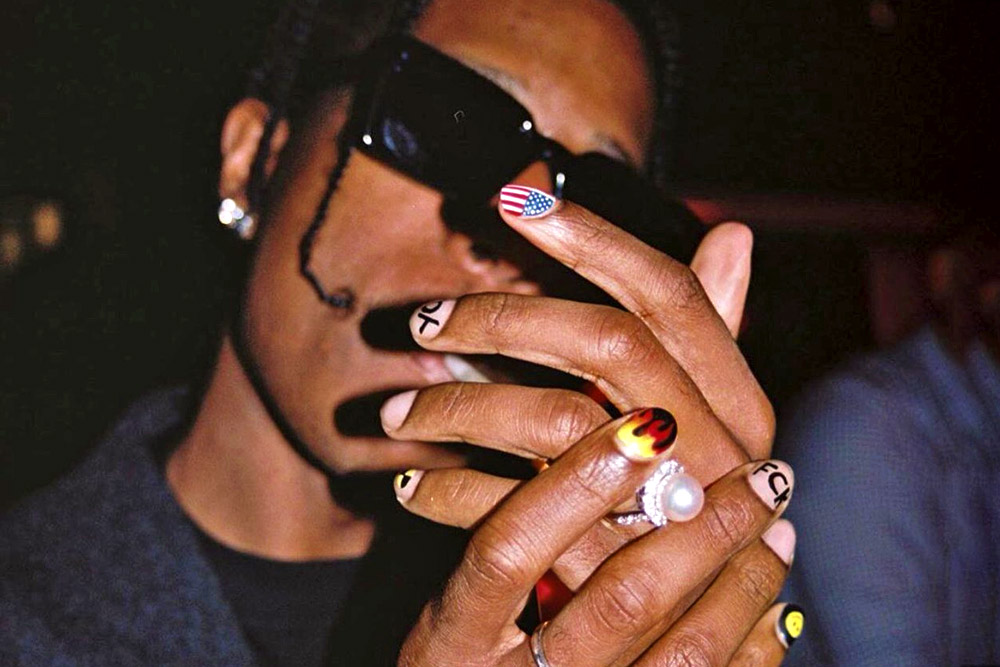 It's not anything new, but it is making a public comeback - more and more men are proudly painting their nails. Whether it's keeping up with the fashion or defiant self-expression, nail art is no longer exclusive to feminine identity. Actors, rappers, and rockstars alike are donning a fresh set. It's hard to deny that male nail art is resurging. Just look at the Met Gala this year, where mainstream celebrities like Harry Styles donned a turquoise and black gel mani. Or Jared Leto's frequent paparazzi sightings catch him with varying bright licks of a coat. Take a look at the men who are defying double standards, and how they're going about enamel art.
read more 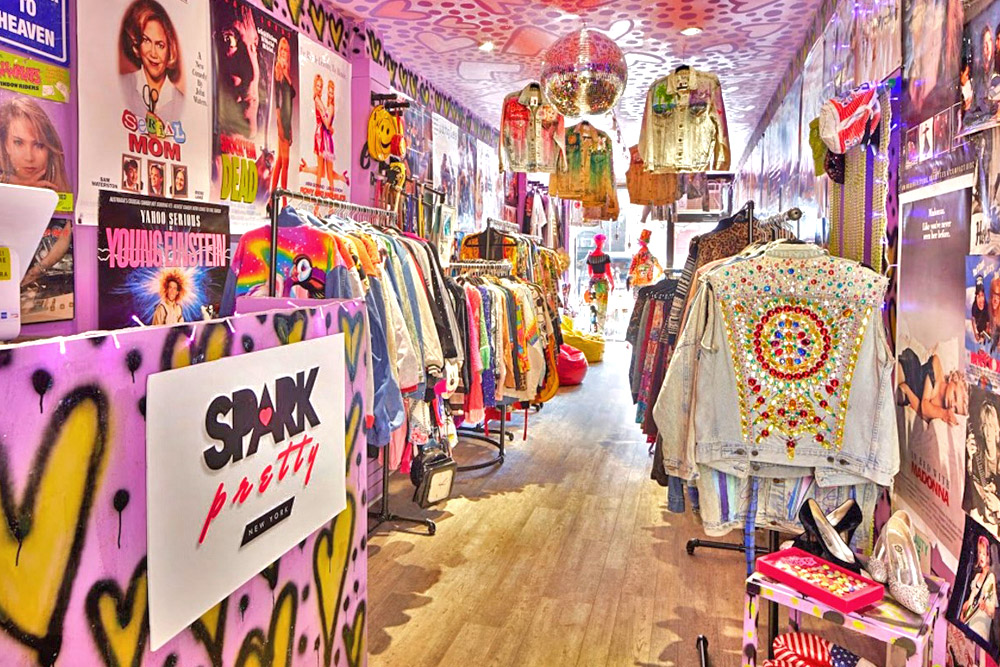 The rise of thrifting; we've all been witness to it. What was once a shameful secret is now a booming business with a considerable future. Buying second hand-clothes has been a way to repurpose someone's unwanted items where they are new and interesting to another. Thrifting also allows you to discover the original vintage items you would otherwise try to raid your mom's closet for. Online consignment and thrift store ThredUp predicts that the sector could swell up to $51 billion by 2023, over double than its worth in 2018. And this popularity surge in used clothes is good news for the planet, as less demand for new and "fast" fashion means a reduction in the environmental impact.
read more 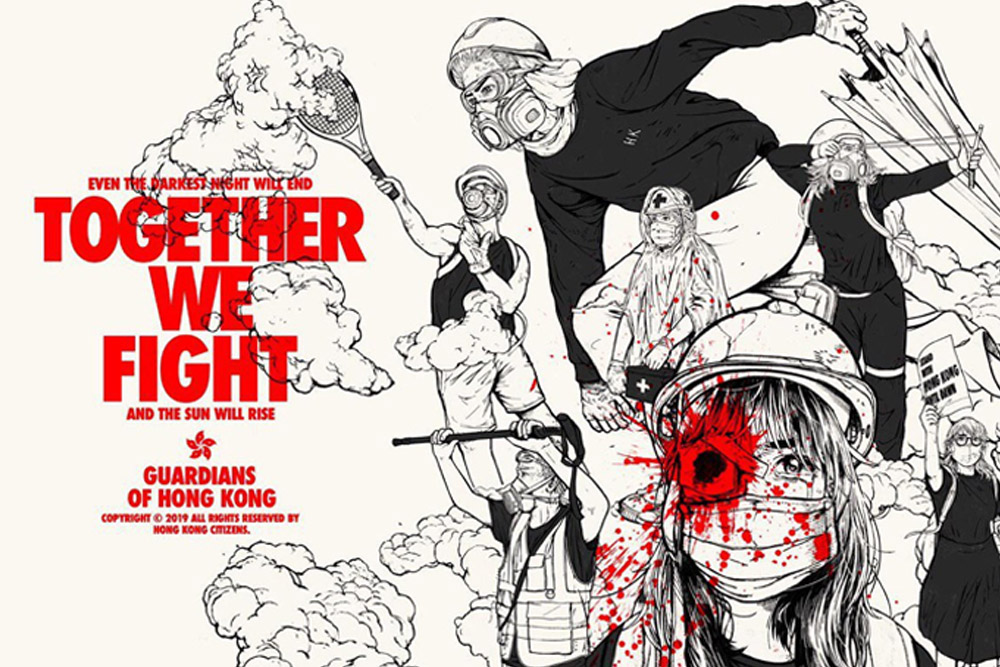 In light of much political and social unrest in Hong Kong, visual art is acting as an outlet for expression and a force for uniting a community. "Seek truth from facts;" once a Chinese philosophical statement, it was adopted by Mao as he encouraged the nation to "emancipate" their minds. Its relevance has circled back around amidst mass dissatisfaction in the country, as the public come together to protest undemocratic practices. "Recent incidences have really demonstrated the amazing tenacity, unity, and integrity of the Hong Kong people, and I have never been so proud to count myself as one of them," claims artist Oliver Chang. While a large proportion of Hong Kong's citizens fight for their freedoms and rights, there is a solace to be found in the voice of the community. Take a look at some of the visual art coming out of the rebellion movement.
read more 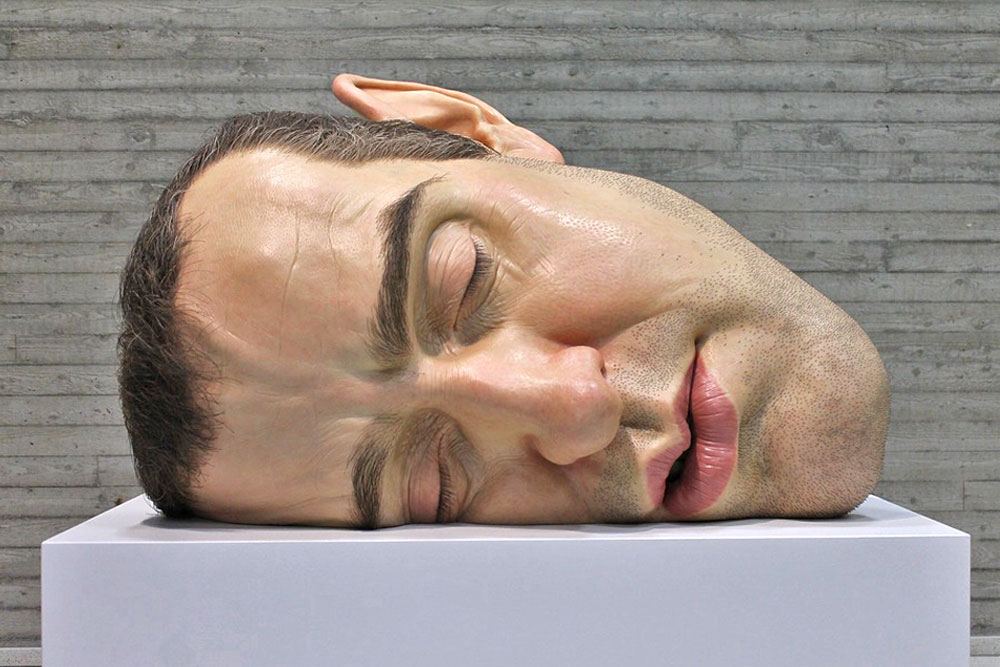 The term "hyper-realism" emerged in the '70s as a descriptive for the super-realistic works of art and sculpture that was growing in resurgence. Today, hyper-realistic artists are using their jaw-dropping skills to create works of art that supersede details seen by the naked eye. There are a few sculptors that have been pushing the boundaries of what can be achieved, using a variety of materials and a boat-load of patience to execute their ideas flawlessly. Take a look at the must-know contemporary artists that are challenging people's perception of reality with their exceptional talent.
read more 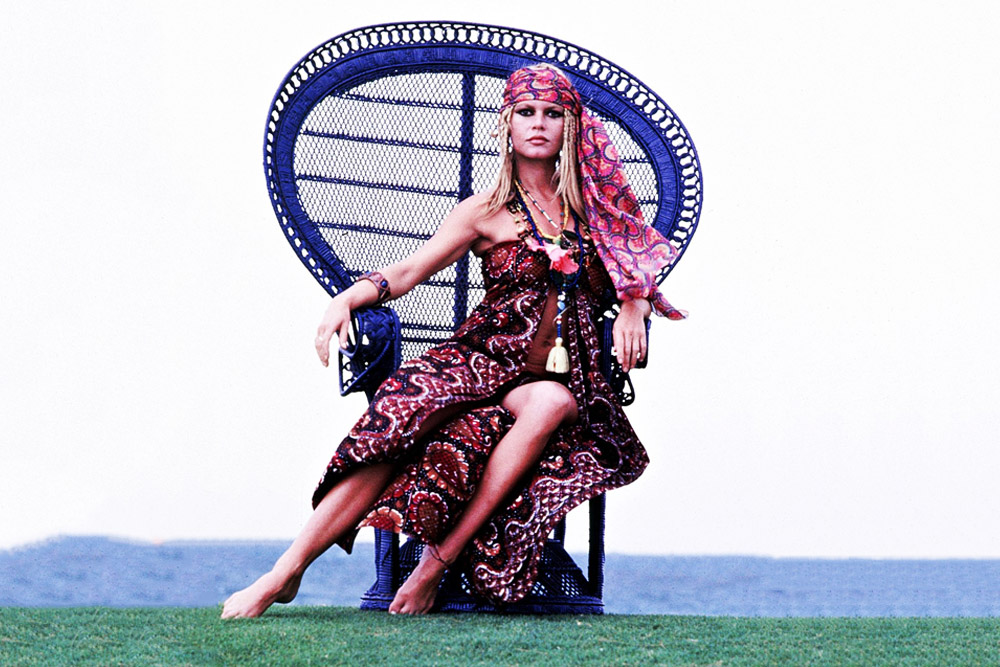 The peacock chair has taken its seat in history, the wicker style furniture was popular during the Victorian era, and has been around for thousands of years. So how did this unlikely pop culture prop start becoming the ultimate fashion accessory for high society people and celebrities alike?
read more