Sorority Work Week Showed Us The Creative Advertising Methods Chapters Used, While Dressing Up Along the Way

Girls from across the country packed up their bags and moved into their dormitories at the University of Alabama, ready to experience everything that Tuscaloosa and the Crimson Tide had to offer. One group came in a bit earlier, though, for a special occasion: they were going to participate in the sorority rush process in the hopes of finding a new second home. Being part of Gen Z, these sorority hopefuls took everyone along with them for the ride, video blogging about their experiences, outfits, and so on. 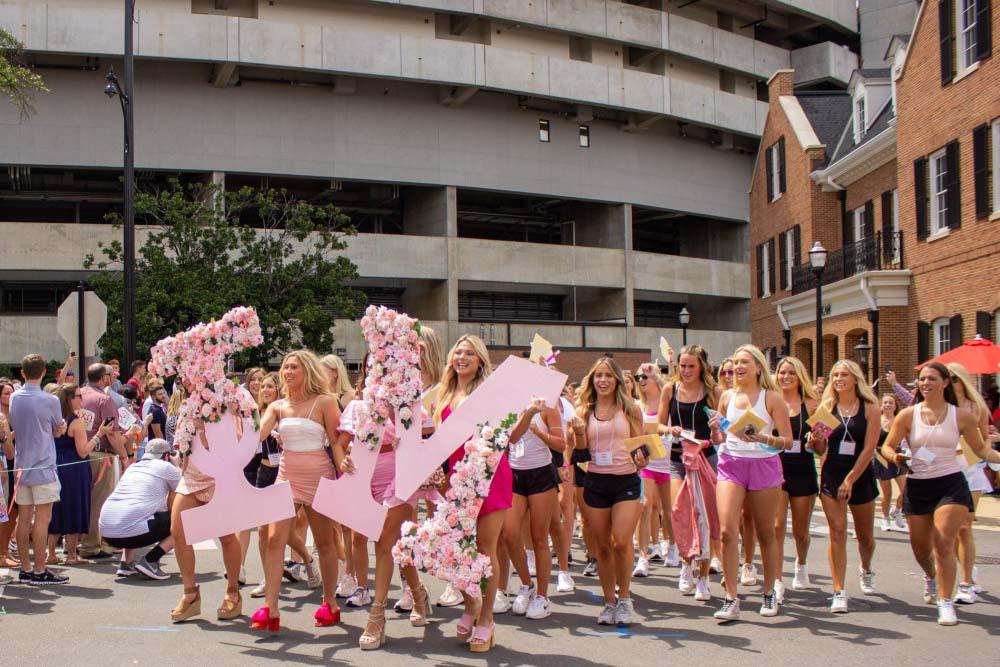 TikTok is bigger now than ever before, and the use of the app spiked during the #BamaRushTok trend. These ladies were far from the only ones participating in the trend; TikTok users from across the globe tuned in, responded to videos posted, and even created their own parodies. As the world tuned in to watch girls divulge their experiences going through the largest sorority recruitment in the USA, they were (mostly) delighted to see girls going through the process entertaining themselves in fun and unique ways. Unlike our other favorite reality TV shows, #RushTok was unique; fans could watch it in real-time.

If sororities operate like businesses, naturally they need to make sure their marketing and advertising efforts are top-notch. These girls spent a week preparing to meet more than 2,000 girls hoping to gain a spot in their chapter. These girls made the most of their time, scheduling themes for every day of their work week. Whether the theme was “Candyland,” “Golden Hour,” “American Pride,” or “Zeta Tau Alpha Stole My Heart,” sorority chapters threw themselves into themes as if their lives were at stake if they didn’t. 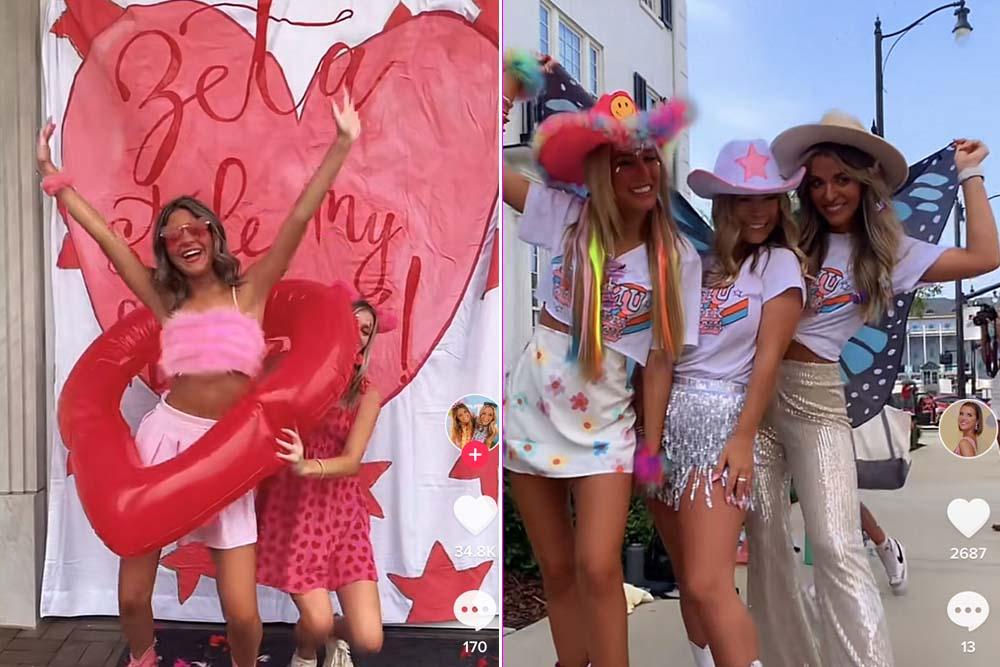 Work week was really where it all began. Girls posted their creative daily themes, which were often duplicated across chapters. Many groups opted for “Ice Me Out,” in which girls dressed like ice queens in silver and metallic blue. Though it might appear to be just a bunch of girls playing dress-up, it’s so much more than that. These girls understood that no matter how much they told recruitment participants how much they loved their chapter, they needed to show its personality. Luckily, their efforts did not go unnoticed.

Their Outfits of the Day, or “OOTD’s,” Helped Some Girls Get Brand Deals and Mega-Freebies

Meet Reese Grau, one of the many stars of #RushTok. This Texas native took us on her journey of every outfit she had worn, also known as “fit check” or “OOTD” to those familiar with the lingo. After watching her journey through every round of recruitment, she graciously accepted her bid to join Phi Mu, known for having one of the most beautiful sorority houses in the nation. Little did Reese know, she would become a new kind of reality star. Fans watched her go from a girl showing off her gorgeous new outfits, to a spokeswoman for the stores that wanted her help gaining business. 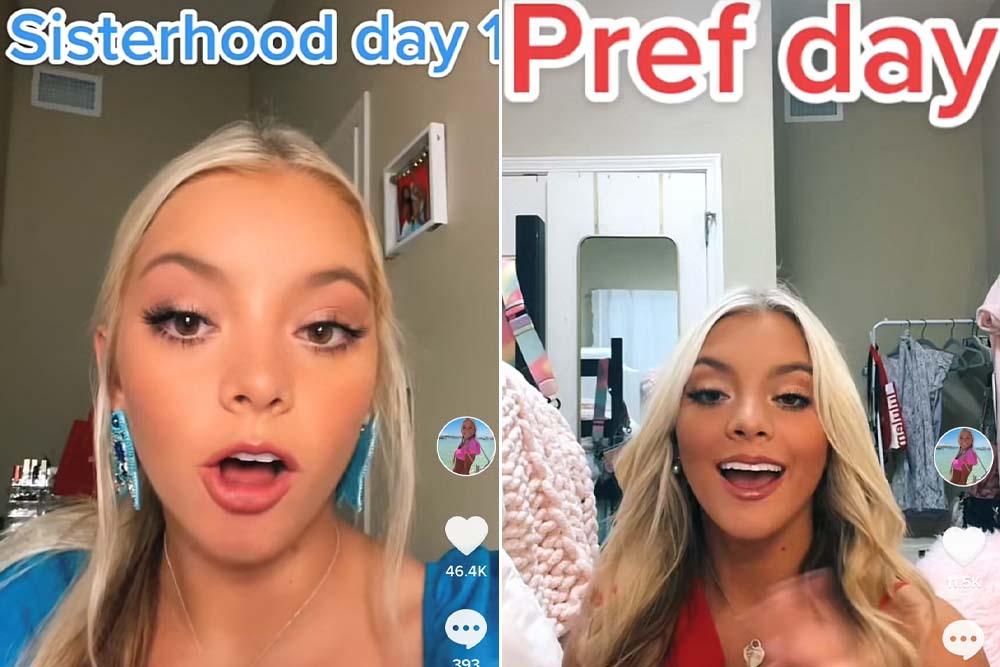 Within days of receiving her bid from Phi Mu, she was receiving sponsorships from brands that wanted her to drop their name in the hopes of growing their business. Luckily, she understood the assignment. Reese, much like her other co-rushees, would receive packages and “unbox” them for her 10.9k followers on the platform. Fans would check in and see if she had already worn one of the outfits, and constantly commented on her posts to see how college is going so far. She’s accomplished so much this semester, on social media alone. We can only hope to see more from her next year when she’s on the other side of the process!