It’s not anything new, but it is making a public comeback – more and more men are proudly painting their nails. Whether it’s keeping up with the fashion or defiant self-expression, nail art is no longer exclusive to feminine identity. Actors, rappers, and rockstars alike are donning a fresh set. Take a look at who’s defying double standards and how they’re going about enamel art. 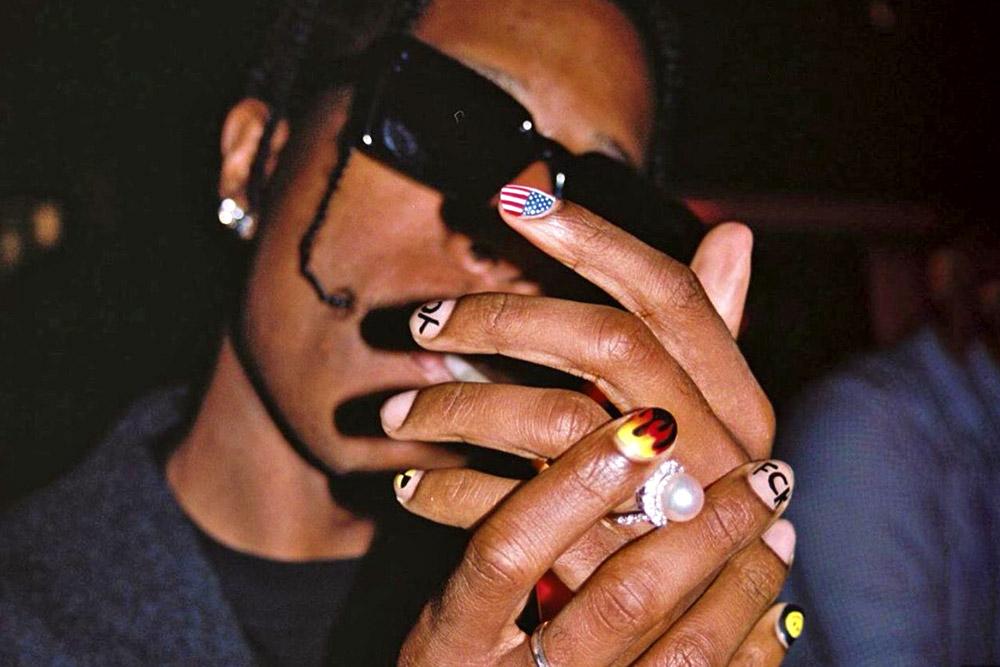 It’s hard to deny that male nail art is resurging. Just look at the Met Gala this year, where mainstream celebrities like Harry Styles donned a turquoise and black gel mani. Or Jared Leto’s frequent paparazzi sightings catch him with varying bright licks of a coat. It’s even approved by fashion designer Marc Jacobs who himself, can’t resist experimenting with designs and colors.

Trust David Bowie to have been way ahead of the game. Not just in terms of male manicures – he was forward-thinking even in the nail community! In 1972, he wore a set of long translucent white acrylic nails to his live show. While he was in the middle of his “Ziggy Stardust” phase, the glam rock icon was known for being daring and provocative in his outward appearance. 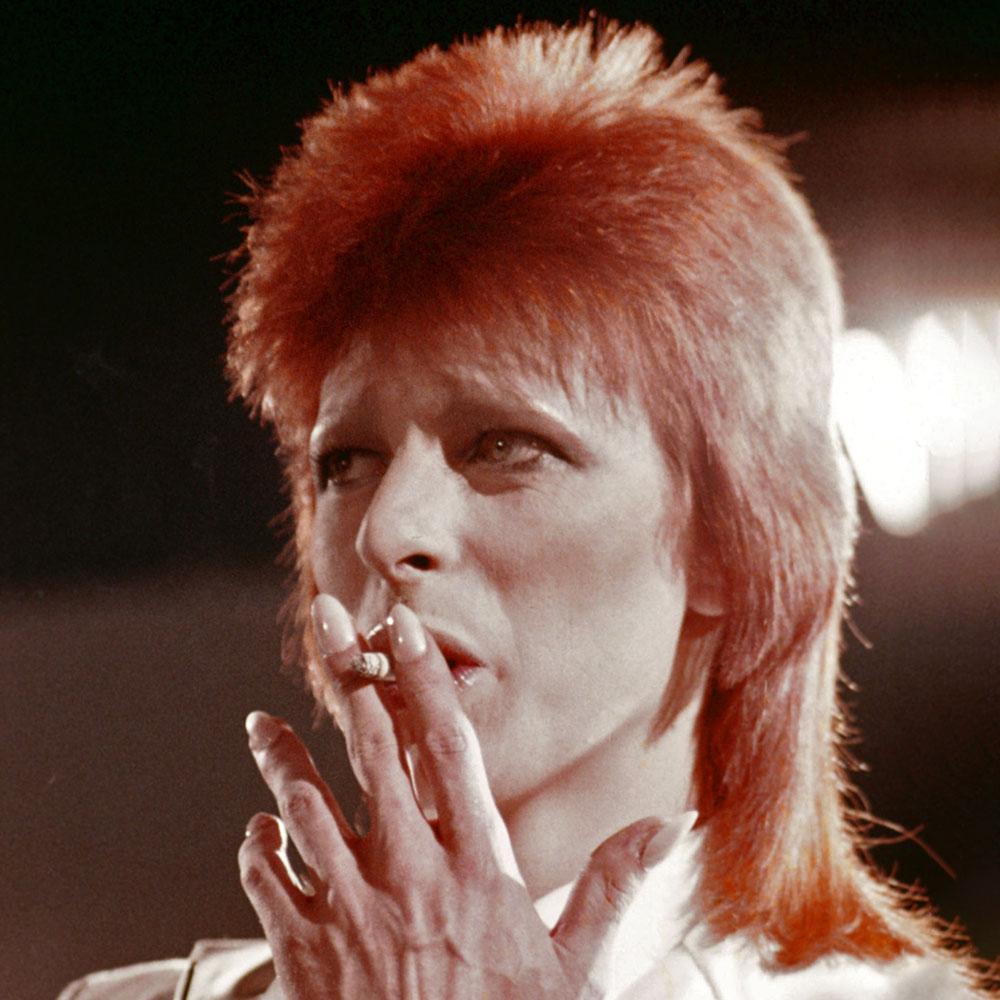 It’s not the only time he dressed up his nails. During the year and a half that he assumed the alter-ego, he donned various nail polish shades. Sticking to his glamorous color palette, he has also been pictured in gold and blue glitter. Makeup and jewelry typically reserved for women were also acquired by the androgynous star. His appearance, more or less, caused quite a reaction in conservative early ’70s Britain.

Just Johnny From the Block

Johnny Depp has weighed in the growing fashion trend. In this image, he’s gone for a royal, cobalt blue shade that matches his outfit for the public event. While this was a bright color, he frequently wears a raven shade, making him one of the less experimental nail art enthusiasts. His more “masculine'” color palette is indicative of his desire to not shake up the status quo too much. 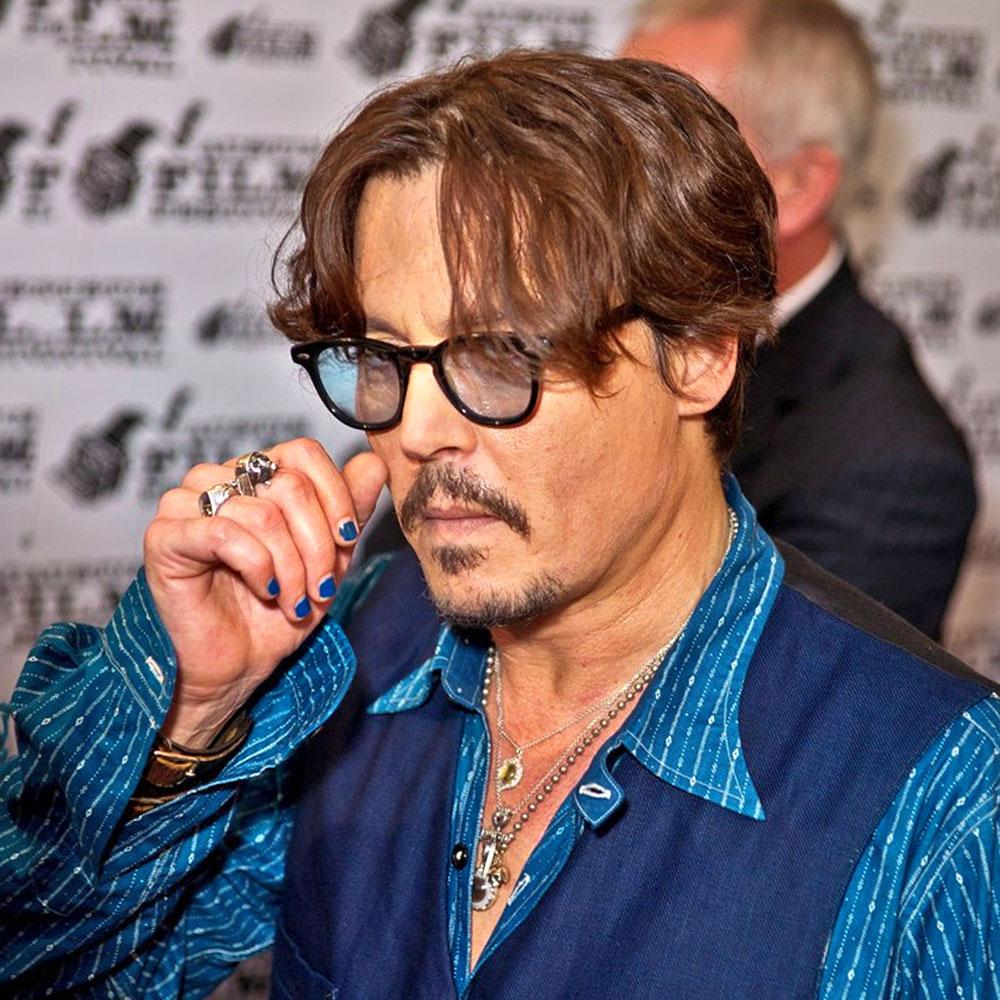 He might be taking heavy inspiration from Keith Richards, guitarist of The Rolling Stones and idol to the actor. Richards has on numerous occasions been spotted with a lick of paint on his nails, even before Depp’s time. And the actor’s adoration of the musician is well documented. He even claimed to have “sponged” off of Richards for his character Jack Sparrow in The Pirates of the Caribbean film series.

If you’ve been following A$AP Rocky on Instagram over the last few weeks you’ll have noticed his increase in self-expression through nail art. He’s been sporting the freshest manicures in all sorts of places – from nights out to court meetings, A$AP isn’t feeling shy about doing something different. 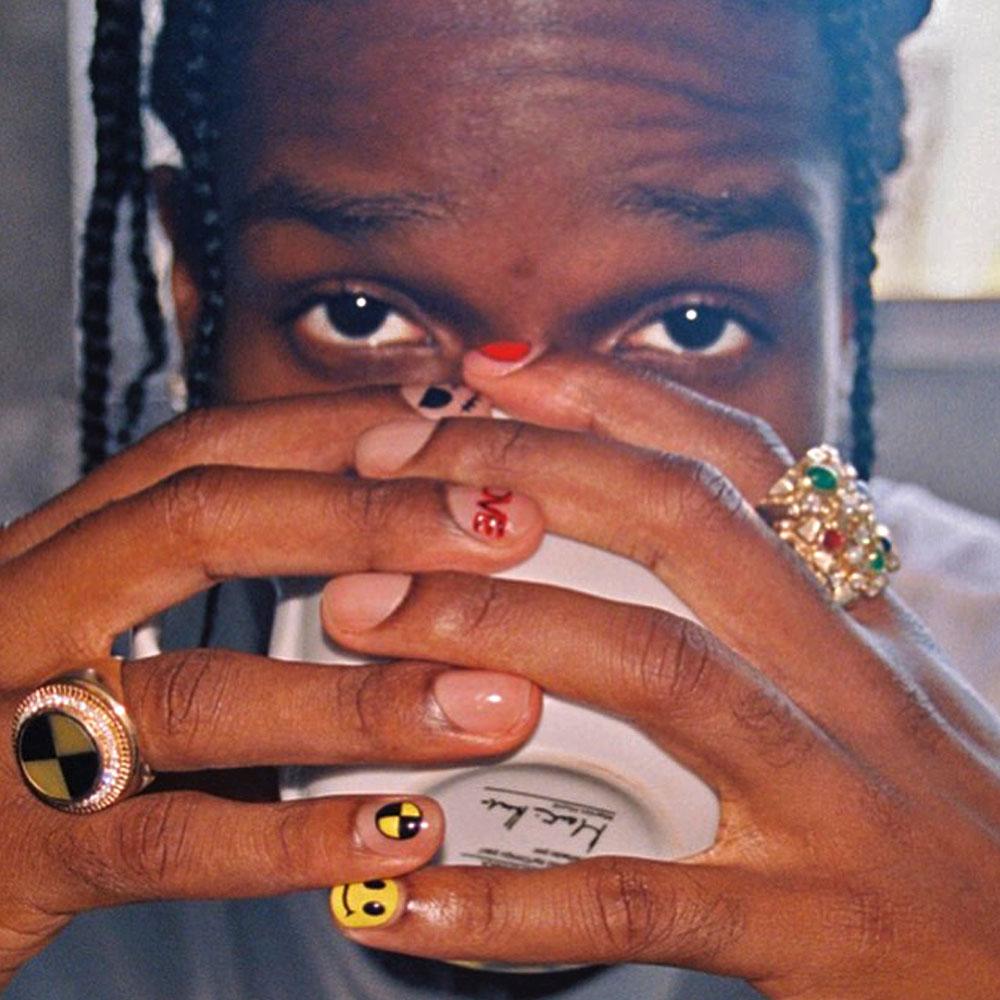 He’s not the only rapper to sport an eye-catching manicure. Eccentric rapper Young Thug is loud and proud about his “feminine” style touches, whether its wearing red nail polish or playing basketball in a skirt. Even Snoop Dogg is in on it, responding to 50 Cents’ negative comments on his nail art with “Real playas keep they nails fly fresh n dipped at the tip. I does what I does, but please believe me. Don’t let the smooth taste fool ya.”

Aerosmith frontman and lead singer Steven Tyler has been into wearing nail varnish for years. Take a look at his photoshoot from 1988 on the left – he wears his signature mani design that consists of a single black stripe down the center of each nail. On the right, he is pictured performing in 2018. 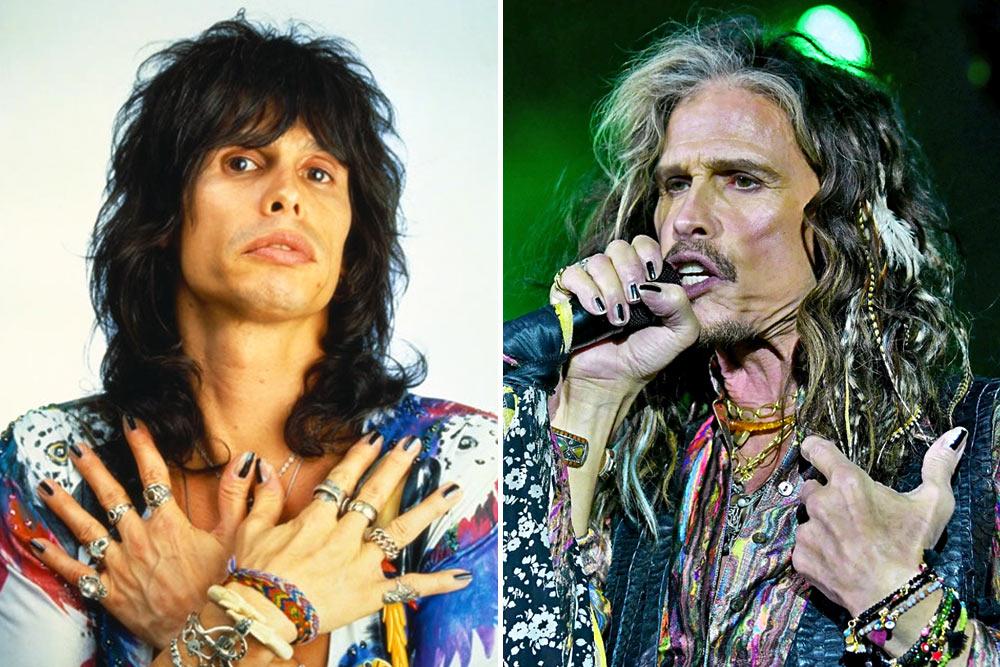 Steven Tyler uses a graphic nail art design as a visual brand. Rather than experimenting with his self-expression, he uses it to stand out from the crowd and individualize his bohemian look. It seems, his preference is to grow his natural nails out long and keep them a rounded, oval shape. Regardless of the music genre, men have been painting their piggies all this time. However, today we are seeing more of a shift in the culture of beauty, where inclusivity is being prioritized.