Building a Better Attitude Towards Nature

Getting a hold of a ticket at one of the most famous opera houses in the world is an exclusive experience. But somehow, over 2,000 different plants were treated to a concert in Barcelona, Spain, after the venue suffered a three-month closure. To mark the reopening, the El Liceu opera house opened it’s doors to a crowd of flora. 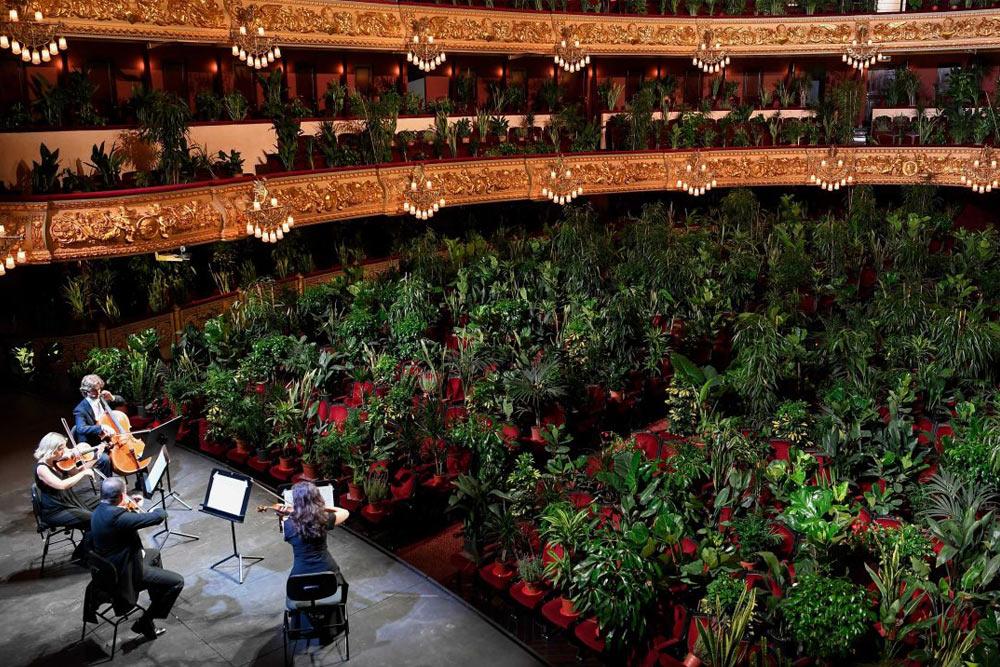 The musicians performed “Puccini’s Crisantemi,” a song that took inspiration from bright yellow Chrysanthemums. But the unusual event was more than just a quirky joke, it held a lot of significance for the opera house and the world of opera as a whole. Read on to find out why.

There’s a lot of thought that went into choosing their new species of clientele. Artistic director of Barcelona’s opera house and Spanish artist, Eugenio Ampudia, wanted to make a statement about mankind’s empathy towards non-human life. The theater release read: “After a strange, painful period, the creator… offers us a different perspective for our return to activity, a perspective that brings us closer to something as essential as our relationship with nature.” 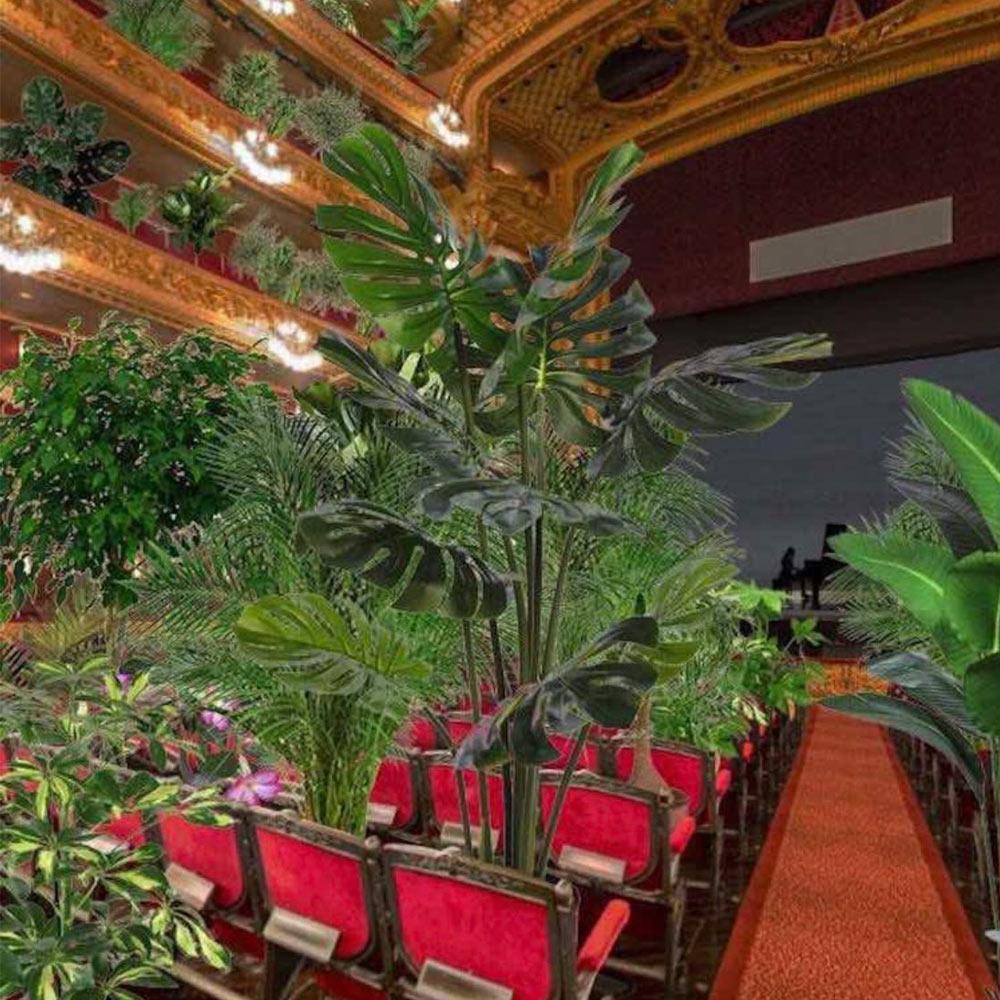 The producer of the show, Alberto de Juan, explained that the historical venue needed a symbolic action to put the difficult period behind them, and refocus on what’s important. With the critical period the whole world faces due to climate change, the message they wanted to give was one of heightened empathy towards mother earth.

What Lies Ahead for the Plants

Among the attendees were Dracaenas, snake plants, fiddle-leaf figs, Monsteras, and palm trees. They totaled 2,292 – enough to fill every one of the cushioned seats in the theater. They were taken out of the local plant nursery they came from, and carefully placed in the six-level hall. 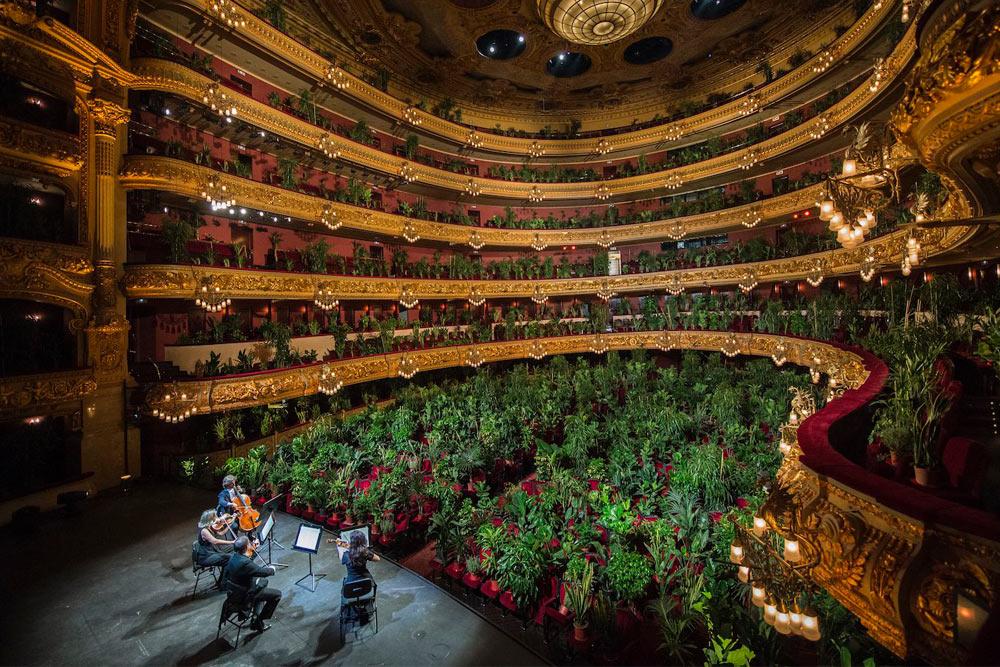 But they won’t be going back where they came from. They were generously donated by the artist to exactly 2,292 healthcare workers who have been selflessly attending to patients since the virus outbreak. With each plant given, the artist included a symbolic “certificate” to every one of them. With an important message to spread, their touching gesture doesn’t go unnoticed.